We the people [my perspective of racism]...

Part 2 - Growing up and living in the South 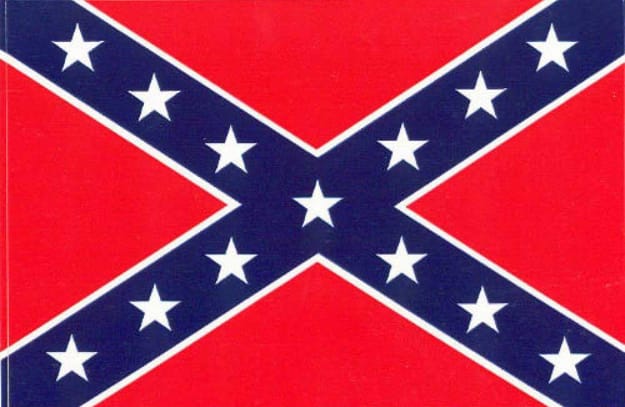 I've lived in the South my whole life. I started out by being born in Wilmington, North Carolina. When I was very young my family moved to Franklin, Virginia.

Franklin is a small town located in the Western Tidewater area of Virginia and about an hour's drive West from Virginia, Beach. When I was growing up in Franklin it was a small town well known in Southern Virginia as a paper mill that employed probably 75% of the working people living in the area. The mill was a good employer and offered freat pay and benefits for people, but also stank like (rhymes with "pit"). My father worked at the paper mill as an engineer, and we were a typical middle-class Southern white family, meaning our neighborhood was all-white and most folks were pretty conservative and followed Southern traditions (God, Country, Biscuits & Gravy).

Franklin was more or less a blue-collar town, with a few families that had some "old money". The old money was really rich wealthy white families with big estate houses. The money had been passed down from generation to generation. My family lived comfortably, but we were definitely not rich. We lived in a mostly all-white neighborhood at that time and both my parents worked.

I went through the public school system which was a mix of mostly black and white at the time. For the most part, blacks and whites didn't mix except for school sports. I had a few black friends in middle school and High School, but I wouldn't call them close friends. We would socialize in school, but we didn't hang out after school.

For the most part, the black families did their thing and the white families did their thing. There was a separation of the neighborhoods. One side of town was literally the black side of town and the other side the white side of town. The two sides were divided by train tracks. Franklin was your typically racially segregated small Southern town back then and from what I know still is today. Maybe there has been some change, but not a tremendous amount (My parents still live there).

Picture life in the 1980s. Ronald Reagan was President and there was a lot of patriotic pride back then as well as conservatism. The Russians were the bad guys. Donald Trump was a hotshot New York real estate developer who had a popular book "Art of the Deal". Top Gun was a big movie at the box office in the 1980s and it somewhat glorified war. In the South we were expected to honor God, Country and the military/police were almighty and not to looked up to. Mixing with other races was not encouraged and looked down upon. Being and thinking like a conservative Republican was the norm.

It wasn't too uncommon to hear the N-word in the South during this time period. It also wasn't uncommon to hear other derogatory comments about blacks. Just a few stereotypes were that they were lazy, not very smart, lived off of government benefits, and many more unpleasantries. This was the stereotype I grew up with regarding blacks.

When I went off to college at Elon I was able to be around more people with diverse backgrounds and from different walks of life. Some students were from small towns and some were from big metropolitan areas. I had a true friend in college who happened to be black and we are still friends to this day. While there were no big racial divides at Elon that I knew of it was still the South and again not uncommon to hearing racial slurs and seeing the rebel flag. There was even one fraternity that had the rebel flag as their symbol. The confederacy was celebrated as if they were heroes. I personally don't think the Confederate generals were heroes and seeing the rebel flag makes me wince. (Yes, in 2020 you still see the rebel flag here and there in the South.

Out of college I listened to grunge music but also NWA and Public Enemy and watched movies such as "Boys in the Hood, and "Do the Right Thing", I even read Malcolm X's biography. As a caucasian young man, I tried to learn all I could about the black experience.

Starting my career, I moved to Durham North Carolina. Durham is a very diverse city in which I am a minority as a caucasian male. For the most part, the companies I have worked at have been racially diverse and I have been on work teams with African Americans as well as Indian, Asian, and Hispanic as well as other whites. I also have worked with gay, and straight. I won't say that everything is always perfect but I think the companies I have worked for aren't discriminatory for the most part.

I currently have African American neighbors and I interact with people of color daily. I wouldn't say I am completely color blind and don't have any racial bias what-so-over. Unconscious bias is real and I think many people have it from all races. I am a human being and my views and beliefs are always evolving. I am always trying to think and behave in the most positive way possible. I am not sure many of my fellow Southerners and fellow United States citizens have evolved as I have. While I do think overall racism isn't as bad or overt as it was in the 1980s and before, I still read a lot of hatred/racism on social media and it is strong in our countries leaders. The main culprit being Donald J. Trump. He has been a racist before becoming president with his Central Park 5 accusations, Obama birther conspiracy, and other comments. Since has been President, he has also demonstrated racist tendencies including his comments on Charlottesville, and his stance on Confederate statues among other things.

Donald Trump is the "divider in chief" and has done more to bring back racism or at least get it out in the open than any other "leader" during my lifetime. Trump's supporters are also going to be the ones who hold back progress and "Keep American Great" means Keep America the way it was back in the 1950s -1980s. In that time the United States was mostly white with overt racism. Times have changed since the U.S was dominated by white America. Now whites are in the minority or they soon will be. America needs to keep moving forward and thinking of ways we can all live together equally. I cringe when I see the confederate flag which unfortunately is still displayed in the South even today. Don't get me wrong, I love the South, the people are friendly the food is incredible and the weather is much better than other parts of the United States. The South's past is what I don't like. As a country, we will never be able to move forward with Trump as president so We The People need to vote him out and elect Joe Biden in November to move America forward and restore the office of the Presidency!