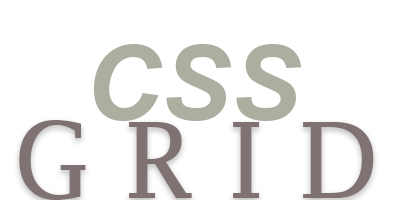 One of my strongest areas of web development is Cascading Style Sheets more commonly referred in the web world as CSS. I have always been a visual person, and with CSS I can create a pallet on the web using code (when combined with HTML5). CSS has rapidly evolved over the last few years with technologies and frameworks such as SASS/SCSS and Bootstrap leading the way. Another major advancement to CSS recently is the new layout techniques using grid (Or CSS Grid as it is commonly referred as). In this post, I will expound on the basics of CSS grid and how it can help you to design and code a complex layout for various devices.

I’ve been using CSS since the old days when table layout was king (yes, that was the web dark ages). Back then CSS was mainly used to decorate table borders, set table headers and cell decoration and add background images. Advancements over time lead such CSS layout flexibility as floats and absolute positioning but those were less than ideal to code and could not perform as expected when testing on the various browsers (yea Internet Explorer (IE) would always let me down).

The evolution of CSS

CSS has changed quite a bit since those days evolving into a more fluid grid with frameworks such as Bootstrap and Foundation leading the way to responsive grid layouts which respond to various device widths for desktop, tablet, and mobile. CSS Grid Layout is a potential game-changer in that this framework provides two-dimensional layout without using floats, tables, the need for bloated HTML and CSS Grid can even act as the Batman to Flexbox’s Robin (meaning they team well together).


If you want to create a three column grid in with this framework, you could add fractions of the free space available as follows:


You don’t have to use fractions though. You can also use pixels, ems/rems or percentages.

To add spacing between columns you would simply add a grid gap width, like this:


Another similarity between CSS grid and Flexbox is aligning items. The default is align-items stretch, but you can also align items to start or end.

You can span grid items over a container as follows:


Aligning grid items is similar to aligning items in Flexbox where you can align-self items to the start | end | center. 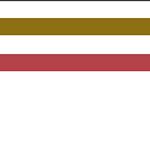 Another interesting and powerful layout feature is grid template areas. Here is how that little CSS grid ditty goes.


This gives you the following layout. 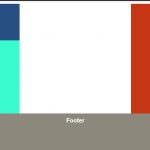 CSS Grid is still pretty new and I am still in the process of grasping the concepts myself. I do know from what I have learned thus far CSS Grid is a very powerful and useful tool in web layouts and should grow in popularity as more and more developers use it for exciting and ground-breaking digital layouts.

I recommend the following resources to further your CSS Grid training.

I am a web developer and blogger living in Durham, North Carolina. Technical specialties include WordPress and Drupal Development, HTML5, CSS3, jQuery, PHP and MySQL. I also dabble in SEO. When I am not working on websites or SEO I enjoy music, art, sports, movies, and being a foodie. View all posts by Bruce Gilbert