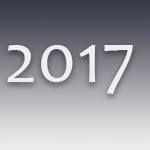 2016 was not the best year for me. In a lot of ways, 2016 was like taking a step backward as opposed to moving forward.

2016 was also a bad year for my home state of North Carolina. A discriminatory law was passed by the state legislature early in the year called HB2. I felt this bill was wrong and stupid from the beginning. The fallout from this bill made North Carolina a joke to the rest of the nation and also resulted in lost jobs due to companies such as Paypal and Deutsche Bank deciding not to expand. There were also scheduled entertainment and sporting events canceled such as Bruce Springsteen, Pearl Jam and the NBA All-Star Game. If that wasn’t bad enough a damaging Hurricane Matthew blew through in October and caused major flooding in the Eastern part of the State.

A lot of famous people died this past year including athletes, musicians, and actors whom I admired and enjoyed their work; Mohammad Ali, Prince, David Bowie, Glen Frye, George Michael and Carrie Fisher to name a few. I didn’t know any of these people personally, but I did know their work and with their passing, I felt an emptiness and sadness.

Last year did not go well for me politically either. I was for her and not for him, and was quite surprised with the November election results. The election left me depressed for weeks, but I did my best to accept and move on.

I am so glad that 2016 is over and 2017 is here. For me, the new year brings a chance for a fresh new beginning. I am a positive person and a glass half full kind of person and I will ensure that 2017 is a great year(Way better than 2016). Despite 2016 being such a bad year, I will look at what went right as well as what went wrong and try and take each as a learning lesson. I believe that we learn and grow from both positive and negative experiences. If I just say 2016 was terrible and it’s over and don’t reflect on 2016 (both the good and bad) then I didn’t learn anything and I won’t continue to grow and evolve personally and professionally.

In 2017 I want to be a better person. I want to be more patient, learn more, exercise more, write more (including blogging), socialize more, influence more, thrive more, achieve more and be happy and content more. This can be done and will be done. Life is what you make it and I plan on making 2017 the best year of my life!

I am a web developer and blogger living in Durham, North Carolina. Technical specialties include WordPress and Drupal Development, HTML5, CSS3, jQuery, PHP and MySQL. I also dabble in SEO. When I am not working on websites or SEO I enjoy music, art, sports, movies, and being a foodie. View all posts by Bruce Gilbert