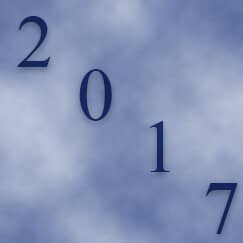 It is December 30th as I write this. 2017 is almost over and as with a lot of people, the last few days are a time to reflect on the year that has been, and to make resolutions for the year to come. In this blog post, I will write my thoughts as well as share some of my New Years resolutions.

I'm going to come out and say it, 2017 has been brutal. I thought 2016 was a down year, but 2017 said to 2016 "hold my beer". I mean this year has been challenging to say the least. I truly believe that what doesn't kill you only makes you stronger, and this has been truly been put to the test this year.

The year started out with Donald Trump being sworn in as the 45th President of the United States and in a previous blog post, I shared my opinion of DT. After a year of DT as President, my opinion is no higher and definitely lower than it was a year ago.

Donald Trump wasn't the only reason 2017 was a disappointing year though. I had high hopes for 2017 since 2016 was a down year for me. I was super excited when 2016 came to an end and 2017 arrived, but then I was met with reality early on that 2017 would be a year of challenge, loss, and what seemed like one struggle after another.

Enough pouting and bellyaching though. I am a positive "glass-half-full" person and I prefer to focus on the positive and not the negative, so I will list a few things that did go right for me in 2017. I learned new technical skills, both on the job and through online courses like Udemy. I also learned to play acoustic guitar (sort of) and I read a lot, not as much as I would have liked to, but a lot. I also exercised and meditated regularly, and I drank plenty of water. I was fortunate to be creative in some interesting freelance projects, and I wrote some really good blog post this year. I also made new friends in 2017 and was a good Son, Brother and Uncle.