House Bill 2 a year later - now even dumber than ever 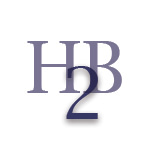 It's been almost a year since the North Carolina general assembly passed the controversial, stupid and discriminatory House Bill 2 (or HB2) also infamously known as the "bathroom bill".

Well, some conservatives might think the above paragraph is a true statement, but it simply is not.

The Fallout from HB2

I first wrote about HB2 and the fallout last year. North Carolina has taken a big hit financially through the loss of sporting events, concerts, and business either choosing to relocate elsewhere or not expanding their business in North Carolina.

Charlotte should have hosted the ACC football championship in December, as well as the NBA All-Star game in February. Greensboro should be hosting the first-round of the NCAA championships this month. These events would have been big business for the towns they were to be held in. Thousands would have come to cheer on their favorite teams and players.

Visitors to these sporting events would have spent plenty of money and gained an appreciation of NC as a great state for sporting events. NC is the home base for the ACC for crying out loud and now the NCAA and ACC won't hold any tournaments here!

I'm not sure why this law hasn't been repealed yet or why it was passed in the first place. HB2 may have caused the governor to not be re-elected (along with the fact that he was simply a shitty governor). Most North Carolinians oppose the bill understanding that it is discriminating against LBGTQ folks and not protecting anyone, as well as setting the state back economically.

Other conservative states such as Georgia, South Carolina and Texas have considered passing similar bills, but so far have not done so knowing how stupid and damaging it would be.

Why did this happen in North Carolina?

North Carolina is very pro-business, definitely pro-sports, and by and large for a traditionally conservative Southern state, there is a fair amount of diversity here. Other states didn't feel the need to pass a similar law. Are their bathrooms unsafe due to transgender attacks? No. Are these states benefiting from the concerts, sporting events and business that are leaving North Carolina. Yes. Are the religious right lawmakers pandering to only their right wing districts and not hearing the thoughts of the state as a whole? Hell Yes!

It all comes down to having a Republican governor and super majority Republican house and senate pandering to the fears of the religious right. They passed a bill that was unnecessary and shouldn't have been passed.

The future of HB2

I'm not sure what the future of HB2 is. Hopefully HB2 has a short future and a compromise will be found between the house Republicans, Democrats and current North Carolina governor, Roy Cooper. North Carolina is better than this. Fictitious safe guarding to pander to the religious right is pathetic and quite frankly "backwards". The damage is already done, but never the less we need to repeal HB2 ASAP and prevent a great state from falling further into the abyss!