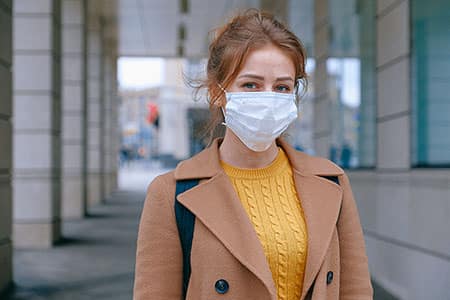 As I write this blog post in July 2020, we are in the midst of another COVID spike. Many states are seeing their peak as far as daily cases and hospitalizations. California, Texas, Arizona, and Florida are experiencing a high daily death number. The Covid-19 Virus came upon us in early March and has so far not gone away and it looks like it won't go away anytime soon. We are in a major battle and right now it looks like we are not winning.

When Covid-19 became a pandemic, most people thought we would have to hunker down in our homes for about a month or so and then when it turned warmer around April/May we could get back to normal and live life like we always had, going out in crowds, outdoor concerts, and events and working in an office. I have to admit I was hoping this would be the case. I don't care for President Donald Trump, but I really wanted to believe him when he said the virus would just "disappear".

Here we are in mid-July and the virus is spreading, more and more people are getting positive Covid-19 results after getting tested. Testing is way up since March, but that is not the only reason more people are testing positive. The rate of spread is out of control in the majority of the US states. Not only is the people affecting those that test positive, but the economy is being severely impacted as well. People are losing their jobs due to lay-offs, getting their hours cut or their pay.

Other countries that were suffering from Covid-19 in March have mostly made it through the first phase and are getting back to normal. This includes China, France, Italy, Germany, and the United Kingdom. These countries aren't completely out of the woods, however, they are in much better shape than the United States.

Let's go back to when the Coronavirus first came to light which is February of this year. It was basically ignored at the federal level, as something that would come and go not even be a blip on the consciousness of Americans. Donald Trump called the virus a "hoax" and I am sure many in the Trump cult believed the same. After the initial lockdown ended and the states opened back up, the virus has continued to spread, and hospitalizations and deaths are once again on the rise. Some states that waited longer to open up and did so incrementally such as New York and New Jersey are now in a lot better shape than states such as Arizona, Texas, and Florida. Many more people are wearing masks now and it a lot of public stores it is now mandatory to do so. Still, there are some people that claim the virus is a hoax or that the government is trying to control us, so they won't wear a mask. These people tend to be Trump supporters and/or 'Karens'.

How can we turn this around?

With the numbers of Covid-19 infection rising in almost every state it seems like the virus is out of control and based on what you hear on the news very dire. I do believe, however, that the virus impact can be controlled to a degree if:

I am not sure if this virus will ever be gone 100% even if we can get an effective vaccine. Just like the flu, It might come back year after year and we will need a yearly vaccine. We aren't completely defenseless though. Americans are resilient people. We became stronger after World War I, World War 2,the Great Depression, 9-11, the Great Recession, and every other set-back we have faced. #AmericaStrong!