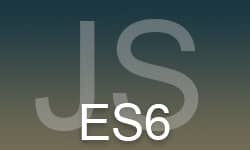 I've been coding in JavaScript for quite a while. In fact, I can remember when JavaScript was used for such cool functionality as a replacement image when you hover over a button for example. It was pretty cool interactivity for 1998, but it wasn't until libraries such as jQuery came along in the 200's that JavaScript really took off. Around this time AJAX was a big deal too where you could do things like creating a form where the user could fill it out, submit the form and receive a partial page update without being redirected to another page. Pretty cool stuff indeed!

Modern JavaScript is light years beyond what it was originally when invented by Brendan Eich in 1995. jQuery is still around but the popularity of jQuery has waned a bit and the cool kids on the block are now React, Vue and Angular.

These frameworks utilize JavaScript ES6 or ECMAScript 6 was released in 2015. This was a big advancement in JavaScript making it easier to write JavaScript than ever before. Here are just a few ways I like the ES6 syntax.

It is much easier to output variables with template strings. Instead of needing to concatenate the JS variables with the plus sign you can now just use backticks(`) and ${myVar} and voila your variables are output. Here is an example comparing the two.

Arrow function provide a consise way of writing functions via the fat arrow function (=>) instead of typing out the work function. Here are examples.


And now the ES6 version with fat arrow functions


The second one (ES6) is easier to understand and write out. ES6 wins again!

With Rest you can bind the first few function parameters to variables, and others to single variables as an array. This is super cool! Here is a quick example.

The map() method creates a new array with the results of calling a function for every array element.


These are just a few of ES6's powerful new features. There are plenty of others of course. A few really good references for learning all of the new ES6 features are: