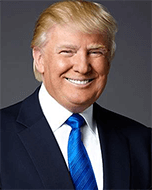 "We hold these truths to be self-evident, that all men are created equal, that they are endowed by their Creator with certain unalienable Rights, that among these are Life, Liberty and the pursuit of Happiness. That to secure these rights, Governments are instituted among Men, deriving their just powers from the consent of the governed." - United States Declaration of Independence

Soooo.... the election is now over and it didn't exactly go as I thought it would (for that matter not like most people thought apparently). I wanted Hillary to win. Not because I am a huge Hillary Clinton fan, but because of the two candidates, I agreed with her policies more than I did with Trump, I thought she would be a better person to bring together a divided country and additionally she had much more foreign policy experience than Trump. After the election results, I was stunned, disappointed and maybe even a little butt hurt.

I believe that Hillary would have made the better President, but reality is reality and the next four years belong to Donald J. Trump. I hope to GOD President Trump is different from candidate Trump. During his nasty campaign, he was often rude, a misogynist, homophobic and a flat out racist in some of his rhetoric. He also was very polarizing and didn't seem to care who he offended (such as when he mocked a reporter who was disabled).

I don't necessarily want Trump to fail as President, but I do want him to be a President to ALL the people and not just for uneducated white men and women who live in the rural and rust-belt parts of the US. (They are his most loyal supporters bar none.)

It won't take long to determine what kind of President Trump will be and he will face a lot of criticism no matter what he does and who he appoints to his cabinet. He will not be alone in that respect. Back in the 1990's Bill Clinton was twice elected President, but he was also reviled by the right wing establishment and to be honest he brought on a lot of problems himself due to his extramarital sexual activity. After Bill Clinton, George W. Bush became President and he too was disliked and criticized by at least 50% of the American population. He brought America into war in the Middle East and the war was controversial to say the least.Barack Obama was beloved by millions. He did some great things as President, never caused a scandal, always remained well spoken, thoughtful and respected and was a great symbol of leadership for America, yet he too was disliked by many Americans (Pretty much any President will be loved by 50% of the population and disliked, maybe even hated by 50%.

I'm not going to go out and protest against a Trump presidency. Other than great exercise, and getting your frustrations off of your chest, I don't believe protesting will accomplish much. I just hope that the next four years aren't as bad as my fears believe they could be.

Donald you have been granted great power and privilege. Don't abuse that power and understand you are governing for all Americans. Whites, blacks, Hispanics, Asians, Gay/Lesbian/Transgender, the disabled and the rich as well as the poor.

All Men (and women) are created equal and all Americans deserve the same rights of Life, liberty and the Pursuit of Happiness.